Git™ is a system that you can use to track and manage changes to files (a version control system).

But unlike other CVS such as Subversion, Perforce, Bazaar and so on, Git stores and thinks about information in a very different way.

While most other systems store information as a list of file-based changes using a process commonly described as delta-based version control, Git thinks of its data more like a series of snapshots of a miniature filesystem.

Git thinks about its data more like a stream of snapshots.

Every time you commit or save the state of a project, Git basically takes a picture of what all your files look like at that moment and stores a reference to that snapshot.

Since there is much you can do with Git, it uses many terms that first-time users may not immediately understand.

We have listed some that you may need to get started below:

Archives store the contents of the current working tree (but not the .git directory or uncommitted changes) in a .zip or .tar file.

You may wish to create an archive if, for example, you wish to provide a source download file.

Each branch in a repository represents a separate line of development, and all branches retain their own project history, working directory, and staging area.

When you cherry-pick changes via the git cherry-pick command, Git applies the specified changes from a commit and branch to a different branch’s HEAD.

When you clone a repository via the git clone command, Git performs the following actions:

Commits represent a point in Git’s history. Git’s entire history for a repository exists as a timeline of individual commits.

When you commit changes, you create a new point in the history that represents the current state of the index. HEAD then points to the new commit.

Commit objects represent your committed revisions to a branch.

Each commit object contains the commit’s files (the tree object), parent commits, commit metadata (for example, the author and date), and an SHA-1 value that identifies the object.

When you fetch changes via the git fetch command, Git automatically downloads new changes from the remote repository.

However, it does not integrate (merge) these changes into the working tree for any local branch.

When you fork a repository, you create a new server-side copy of that repository.

You can then experiment with changes to that repository without any impact on the original repository.

The HEAD value represents the SHA-1 identifier for the most-recent commit or active branch.

Whenever you commit changes to the active branch, Git automatically updates HEAD to that commit’s SHA-1 identifier.

If you use the git checkout command to check out a specific commit instead of a branch, Git enters the detached HEAD state.

Heads are the SHA-1 identifiers for the most-recent commits to each branch.

While only one HEAD commit exists, a repository generally contains many heads for each branch.

Hooks are scripts or other code that you can configure to trigger before or after specific Git actions.

You can store these hooks in the hooks directory within the repository directory.

How To View Your CPU Usage & Concurrent Connection In cPanel

When a customer hits limits, appropriate faults along with server processes snapshot are...

How To Manage Your File In cPanel With SFTP

First, ensure that you have installed an FTP client on your local machine before you download and...

How To Use SCP For cPanel File Management

SCP (Secure copy protocol) is a means based on the Secure Shell (SSH) protocol that you can use...

In cPanel, cPanel users can access the cPanel interface via port:2083 or using a service domain...

What To Know About Changing Your cPanel Username

Can I change cPanel Username? We sometimes do get this question from some customers. Yes. You... 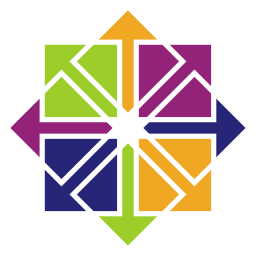